Builders Flock to Scarf Up Triangle Land for Homes 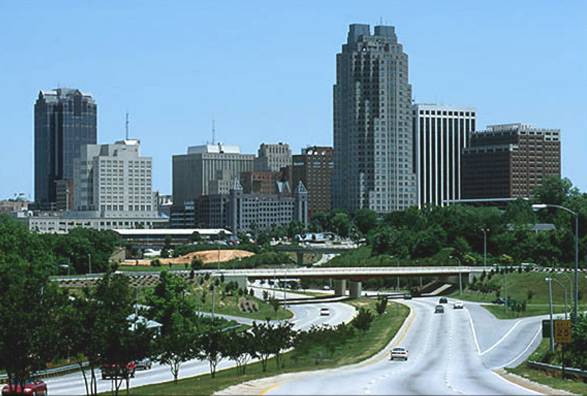 RALEIGH – Believe it or not, competition is heating up for available home lots throughout the Triangle as home builders from across the nation recognize the Triangle as among the healthiest housing markets in the country.

In fact, one well-known industry report soon to be released ranks the Raleigh-Cary metro area the No. 1 “healthiest” housing market in the country for 2010. The report was developed by Hanley Wood Market Intelligence, a subsidiary of the same company that owns Builder magazine. The Durham-Chapel Hill metro area ranks No. 6 in the report, the full results of which will be released in the upcoming issue of Builder.

Home Prices Settle as Incomes are on the Rise

Home prices in the Triangle are expected to further decline, by 3.2 percent in Raleigh and 2.2 percent in Durham in 2010, says Jonathan Smoke, a senior vice president at Hanley Wood. But he says the region’s growing employment levels and median income levels are expected to be among the strongest in the nation this year. As a result, home builders have started ramping up construction of new homes – albeit at a much slower rate than in 2006 when the market peaked at 16,354 new homes sold.

The builders are aiming primarily at building homes and townhomes that sell for $300,000 or less. Most of the lots being sold are for homes that will be priced under $300,000 – the price range that most buyers are comfortable with in the current economy. That seems to be the sweet spot says Citizens Homes’ Tom Sewitsky.

An Opportunity Presenting Itself

Out-of-state builders see an opportunity, says Jim Anderson, president of the Home Builders Association of Durham, Orange & Chatham Counties and president of Fuller Land & Development of Cary. A lot of builders have Raleigh on their radar, for sure, and they see the door is opening right now. The number of building permits for residential units issued in the Triangle during the fourth quarter of 2009 was up by 45 percent from the same period in 2008, according to Market Opportunity Research Enterprises data. The number of residential lots sold during the same period increased by 35 percent.

Comparatively, Raleigh is still a strong market, says Craig Smith, division president for Dan Ryan Builders of Frederick, Md. Smith is actively looking for lots to buy for the company’s new home building division office in Raleigh. He currently has about 250 lots in Wake and Durham counties under contract.