Is Buying A Townhome A Good Investment? 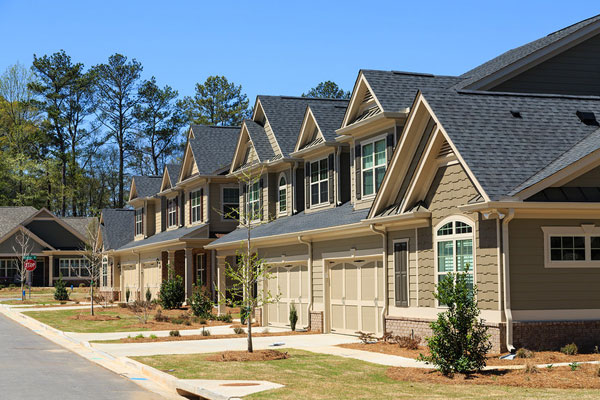 As unprecedented numbers of people flock to the Triangle region, vacant land is increasingly more difficult to come by. Builders are also taking notice that the downtown areas of Raleigh and Durham are suddenly a huge draw for buyers and having proximity to the bustling city life that’s emerging within them means building up, not out. For these reasons, you may have noticed an ever-growing number of new condo and townhome communities going up. This growth leaves home-buyers with one crucial question - Is buying a townhome a good investment or would they be better off finding a single family home?

How Did This Homebuilding Shift Happen?

So how on earth have newly built townhomes in the Triangle become more valuable per square foot than newly constructed single-family detached homes in the span of just two years? Not only that but how have new townhomes recovered from being 4% less valuable per square foot than new detached homes in a span of 8 years? Keep in mind that these statistics do not take lot size into account, so the the value of the land included in the purchase of these single-family detached homes is being disregarded. This could have a lot to do with the unique area we live in and a combination of national trends.

The first probable factor to explain this surprising statistic is the incredible population boom in the Triangle since 2010. From 2016 to 2017 alone, Raleigh experienced a population growth of 1.2%. Meanwhile, the city of Durham is growing even faster than that with a population growth of 1.8% from 2016 to 2017, and a total of 16.8% in growth since 2010. More people means a higher demand for new listings in general, and it also means we’re getting new kinds of buyers with different needs and expectations. One of those needs, for instance, could be good school systems. Parents moving to the Triangle from out of state may value strong school systems over sizable homes with large lots and privacy. This means they could be more willing to purchase a townhome (which is smaller but still more affordable) in a good school district over a detached home in a less desirable district.

Another probable cause for this local trend of newly built townhomes becoming more valuable per square foot than their detached counterparts is that the landscape of our local hotspots is changing, along with the needs of younger consumers. Builders nationwide have seen that this generation of homebuyers is more interested in walkable urban areas than the suburban sprawl of the pre-recession era. For the Triangle, the timing of this growing preference couldn’t be better. As you’ve undoubtedly noticed, huge changes that have taken place in revitalizing the downtown areas of Raleigh and Durham - areas that had laid somewhat dormant for decades. Even in just the past 5 years, areas of the Triangle like North Hills, Hillsborough Street, Glenwood South, Fayetteville Street, and Durham Central Park look completely different than they ever have, with a new infusion of art, commerce, construction, and foot traffic. This daily bustle is also accompanied by new and exciting cultural events, nationally acclaimed restaurants, and a passionate and supportive community of entrepreneurs. There’s a lot to love about these new faces of downtown neighborhoods, which could be why folks are forgoing the lifestyle of big backyards and chain stores, and trading them in to experience the unique new features our urban spaces are starting to offer.

So, Is Buying A Townhome A Good Investment

Well, it depends. If you’re looking for more bang for your buck in terms of price per square footage, then, based on the numbers, a townhome would not be the best option here in the Triangle. However, if you’re looking for a home that is more likely to appreciate over time, a townhome may actually be a better long-term investment. Of course, there are plenty of other factors to take into account, such as specific location, quality of build, and the future of our local real estate market. It’s more likely that you’ll be happiest with your decision if you put your own personal comfort, preferences, and location needs at the forefront when looking for a new home, and if you choose a high-quality builder who makes a product you love. Ultimately the question may not be is buying a townhome a good investment, but instead is buying THIS townhome a good investment?

Wherever your needs take you now and in the future, Fuller Land and Development is here to assist with a eye towards the future and a dedication to preserving the best aspects of our cities and land.