If you look at growth patterns throughout history, you’ll see general ebbs and flows of population centers. Expansion and contraction around urban centers leaves some communities with a unique problem - and land banks may be the answer.

What Exactly is a Land Bank?

Land Banks are partnerships generally formed by municipalities to manage specific types of property. Those properties can be abandoned, foreclosed, or simply underdeveloped, but they all have one unifying factor: they need thoughtful and efficient development.

The land bank "model" has shown steady growth both domestically and abroad with England and Australia forging the technique internationally. In the simplest sense - a land bank is a pooling of resources with the ultimate goal of providing a better outcome for all interested parties. (Learn more at Wikipedia - Land Banking - https://en.wikipedia.org/wiki/Land_banking)

The History of American Land Banks

The most well cited example of land banks domestically would be in Genesee County, Michigan (home of the much maligned city of Flint). After the market crash, a vast number of individuals were left holding properties with declining value and no cooperative plan of attack for combating the problem. By pooling resources, Flint and Genesse County combated the problems that more harshly hit neighboring Detroit by applying a thoughtful approach of rezoning, expanding green-zones, and consolidating both agricultural and residential areas. You could argue that Detroit is now being forced to take the actions that Genesee County Land Bank pro-actively headed off several years earlier. The approach was so successful that the Department of Housing and Urban Development issued a report supporting land banks as a best practices model for municipalities across the country that are dealing with the crippling effects of the ensuing foreclosure crisis. 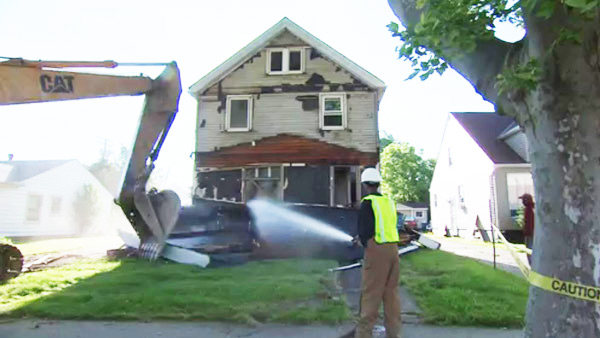 The US as a whole has been slow to take on this task, despite citing several successful examples and real-estate entrepreneurs like Bob Hope and Donald Trump having fully embraced this approach. It may be that joining forces goes against the American spirit, but the solution still stands as a unique, profitable, and community building technique to deal with an inevitable problem.

The strongest critic can view land banks as an unnecessarily political approach to a common problem. That same critic may think nothing of city zoning rules. It may be that we are simply more familiar with metropolitan areas taking this unifying approach, but ultimately both urban and rural centers are viewing the same issue - how to most efficiently use a finite amount of land to create a better community. The problem is very real in both rural towns and major metropolitan areas, but the real question is whether Americans will embrace this strategic approach to rebuilding troubled areas or whether we will take on the issue much further down the road.

Opportunity on the Horizon

Every American who has followed the news in the past decade is well aware of the mortgage crisis that impacted the country. There are additional elements that make land banks such an appealing option. By re-purposing failing zones, larger concepts like transportation, local agriculture, community spaces, and green zones can be felt within a constructive manner. For land developers, this offers a great opportunity to build high quality communities from what used to be highly underutilized properties. A recent https://www.builderonline.com article states that infill projects for example made up an impressive...

As the population centers of the US ebb and flow, dealing with their side effects will be a necessary concern. For well positioned and forward thinking land developers, it can mean an expanding niche and an opportunity to create well thought-out neighborhoods from scratch. This is a situation in which developers can thrive while creating a better community not just for their properties, but for the surrounding area. Communities can benefit from land banking before deteriorating infrastructure is an issue. Land developers who take on this approach are really contributing to building a more streamlined process that will ultimately help communities dealing with these issues in the future.

Thanks for stopping by our land development news blog. We hope you've found the information helpful and feel welcome to contact us directly on social media if you have any questions or suggestions. If you have an upcoming land development project, please be sure to keep us in mind and you can use our contact page at any time to submit business related questions. If you've found this post helpful, share with the social buttons below and definetly take a look around our blog for more interesting topics.

Discover Some of Our Latest Blog Articles